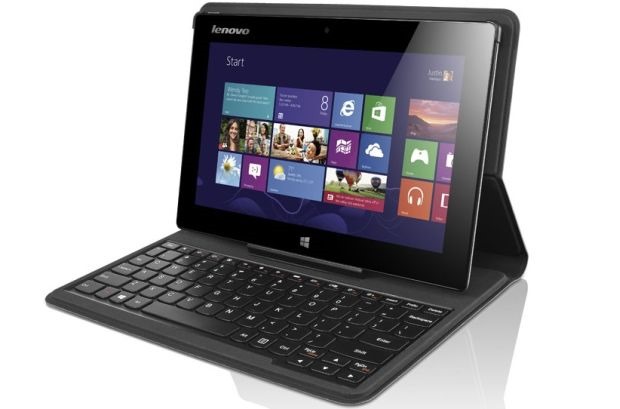 Finding a tablet with a price as competitive as the iPad 4 still isn’t easy. Lenovo, however, is making a start at with its Miix tablet. The tablet runs on full-blown Windows 8 and has an Intel Atom processor like almost all other Windows 8 tablets.

Under the screen is a dual-core Intel Atom Cloverfield Z2760 processor with 2 GBs of RAM and 64 GBs worth storage which also happens to be expandable. At the front, above the display is a 1.3 megapixel camera.

On the connectivity front you get microUSB 2.0, microHDMI, Wifi, Bluetooth 4.0 and optional 3G. The battery life can last up to 10 hours.

The tablet runs on full Windows 8 so running legacy software (as long as it doesn’t prove too much for the tablet hardware) will be possible too.

The standalone tablet itself costs $500. The keyboard accessory can be brought separately for $50. The tablet will be available in the Q3 of this year.