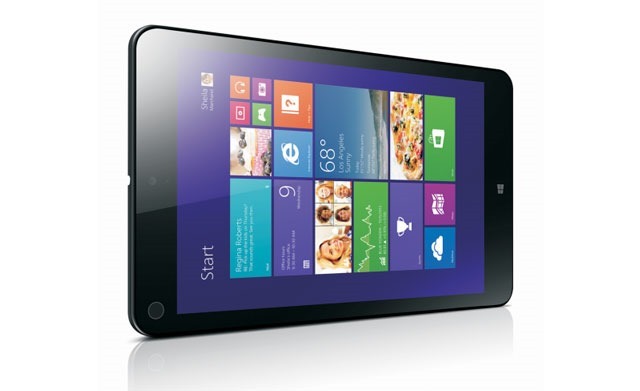 Lenovo, the world’s largest PC maker, has announced a new Windows 8 tablet which is not only the best one it currently makes, specs-wise, it is the best 8″ tablet running on Windows 8 in the world.

Starting with the display, the new ThinkPad 8’s 8″ display comes with a 1920 x 1200 pixel resolution, the highest for such a tablet yet. It has lost its pen input though.

Under the hood, you get the new 28nm 2.4Ghz quad-core Intel Atom Bay Trail processor with 2 GB RAM and 128 GB internal storage, which is expandable.

Connectivity options include microUSB 3.0 and miniHDMI, which will allow you to connect with any external display, along with optional 4G LTE support. A duo of 8 and 2 megapixel HD cameras can also be found at the back and front.

On the software side, the ThinkPad 8 runs on Windows 8.1, and comes with Microsoft Office pre-installed.

It will also come with two additional Quickshot Covers which protect the screen by attaching to it magnetically. It also features a neat trick where uncovering a part of the cover from the camera at the back automatically launches the snapping app.

Pricing starts at $399 which is a bit steep for an 8 inch tablet but puts it head-to-head with the iPad Mini 2. Considering that it is a full-blown tablet which you’re getting, the deal starts to make sense.