Lenovo has announced the successors to its two most-popular Windows laptops at CES 2014, the ThinkPad X1 Carbon and the Yoga 2.

The new flagship laptop by Lenovo still comes in an exotic carbon fiber package. It is also just 0.68″ thick and 2.8 pounds heavy. A 14″ display can still be found with 1600 x 900 resolution, but a touchscreen option with resolution of 2560 x 1440 pixels can also be found.

Also you can get quite a few connectivity options, including HDMI, 2 USB 3.0 ports, mini DisplayPort and OneLink Pro. Lenovo has also added Voice Control, NFC and Gesture Control.

Yet, the biggest change in the new version of Lenovo’s popular Ultrabook comes in its keyboard. Gone are the legendary function keys from the top. Their place has been taken by a strip of capacitive keys, with options such as search, brightness, magnification, screenshot and more. And it is always adapting to the work you’re doing. The red TrackPoint is still there, and so is the button-less TrackPad.

The laptop is available for $1299 right now. 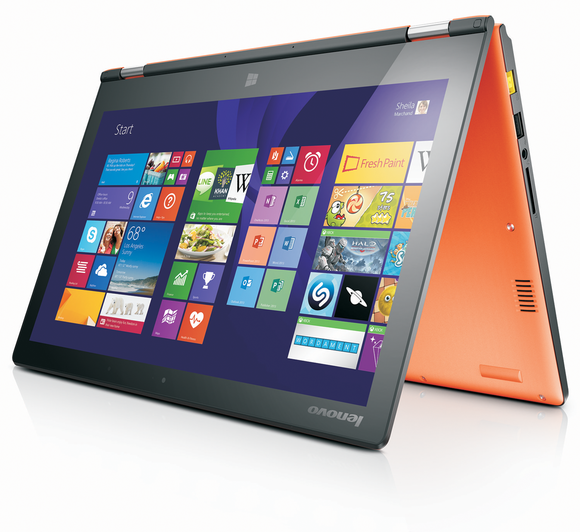 The Yoga is one of the company’s most popular line-ups and has seen an addition too. The new Yoga 2 lies in the mid-budget category and will be available in either 11 or 13 inch models.

The smaller model comes with full-blown Windows 8.1, touchscreen and a resolution of 1366 x 768 pixels. It is powered by an Intel Atom Bay Trail processor with a 500 GB hard drive, 4 GB RAM and 6 hour long battery life. It weighs around 2.9lbs and will be available for $529.

The larger 13 inch version will come with a touch-enabled display with Full HD resolution of 1920 x 1080 pixels. This Yoga 2 will be getting an Intel Core i5 processor with a 500 GB hybrid drive and 8 GB RAM. It weighs 3.5 pounds and will come at a much more tough-to-swallow, $999.

The post Lenovo Announces Successors to its Two Most-Popular Laptops appeared first on .