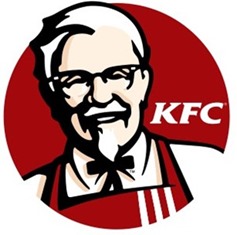 The official website of KFC Pakistan, a fast-food chain with 68 outlets in 19 cities throughout Pakistan, today got suspended after it exceeded its bandwidth limit for the ongoing month.

Users opening KFCPakistan.com are greeted with a system message saying that server can’t show you website because the website owner has exceeded his/her bandwidth limit.

The server is temporarily unable to service your request due to the site owner reaching his/her bandwidth limit. Please try again later. 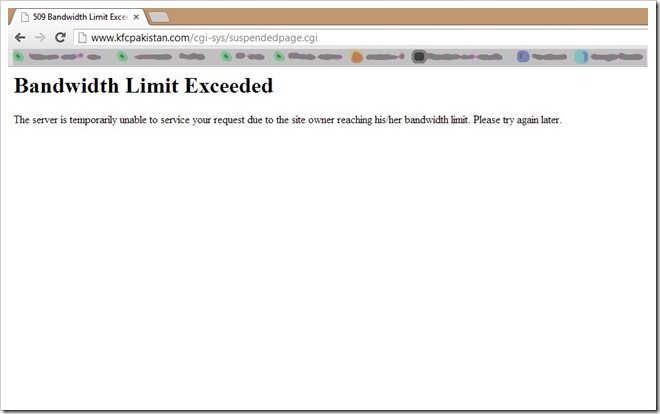 Its a shame that multinational companies like KFC go for a shared hosting plans with such limited resources just to save few bucks. And this is how such greed ends up with a suspended website just for exceeding bandwidth limit.

This is not the first time that KFC website was taken offline by its service provider. Previously, in July 2012 the website was taken down for similar reasons. It appears that fried chicken experts didn’t learn the lesson or probably they don’t care much for their online audience, despite the fact that they spend millions in online advertisements.

Thanks Raja Tahir Qaiser for tipping