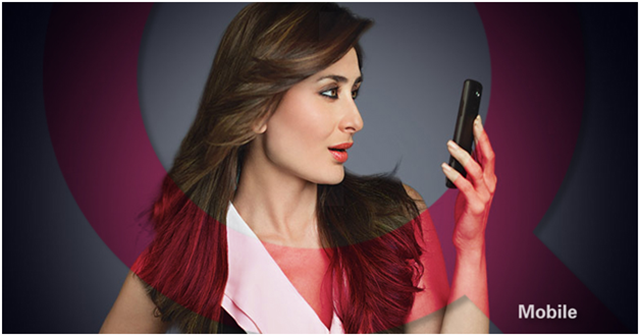 It would not be surprising news that any Bollywood star is appearing in our local advertisement as by far, there have been several TVCs on-aired that prominently screened Bollywood celebrities.

This time, QMobile has taken up with this prospect, by casting India’s most popular female star Kareena Kapoor in their upcoming advert.

ProPakistani was told that the mastermind behind the whole venture – from conception till the execution — is Mr. Zeeshan Akhter, Chairman and the CEO of QMobile.

According to the information shared with ProPakistani, to shoot a television commercial for the smartphone brand, Qmobile, Kareena Kapoor Khan took off to Bangkok this week.

Under the hood, this advert will be directed by Farooq Mannan, famed as The ‘Imtiaz Ali’ of Pakistan’s advertising among several people particularly in Indians.

In this niche, Mr. Farooq has worked with QMobile‘s previous campaign featuring Aditya Roy Kapoor, the lead cast of Aashiqui2.

Together with the team, this ad is taking up services of international technicians as well as Pakistan’s best one. So like all fantastic aspects, Kareena has charged her standard amount for supporting an International brand plus the additional charges for making flight to abroad.

Seemingly, Farooq Mannan has also requested a Director of Production from New York to be a part of this venture. So undoubtedly, this ad will prove to be the most expensive television commercial in Pakistan’s advertising record.

Moreover, a fervent source has mentioned Kareena’s interest in Pakistani advertising and that she was previously unaware of Farooq Mannan and his spectacular directorial skills as well as his earlier endeavours.

But after looking upon his latest commercial for the same cellphone company with star cast of Iman Ali (famed by Pakistani International super hit Khuda Kay Liye), Kareena consequently agreed to make an appearance in this Mobile ad.

The post Kareena Kapoor to Star in QMobile’s Most Expensive Ad Till Date appeared first on .