Pakistan yesterday reported 2,846 new coronavirus cases in the country, as daily testing dropped to just 20K, down from its peak of 32K tests few days ago.

We are unsure why testing numbers are going down, even when disease isn’t over the country. Yesterday in one briefing of “Corona Experts Working Group” in Lahore explained that since we don’t test inbound international travelers and then there is pool testing, hence the number has decreased.

They affirmed that daily testing capacity is still like before, in fact it is only increasing.

The working group said that inbound international travelers aren’t tested because positive rate was less than 1% and that such patients were sent to homes after tests, so it didn’t make much sense to test every individual for inbound flights.

Regardless of the fact, the testing per day has dropped and it seems to have an impact on the overall positive numbers.

Of all new cases yesterday, more than half or 1,539 cases were from Sindh only while Punjab added 723 new cases in 24 hours.

*Government’s data showed 118 deaths yesterday, however, when death numbers are added for all regions, there appears to be 137 deaths in 24 hours.

Government, instead said that there were 118 deaths, which means that remaining 19 deaths were probably from earlier day and were not accounted in yesterday’s count. 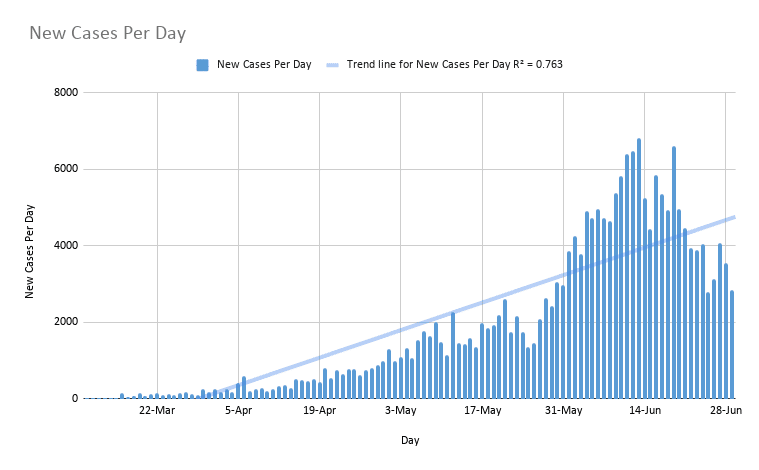 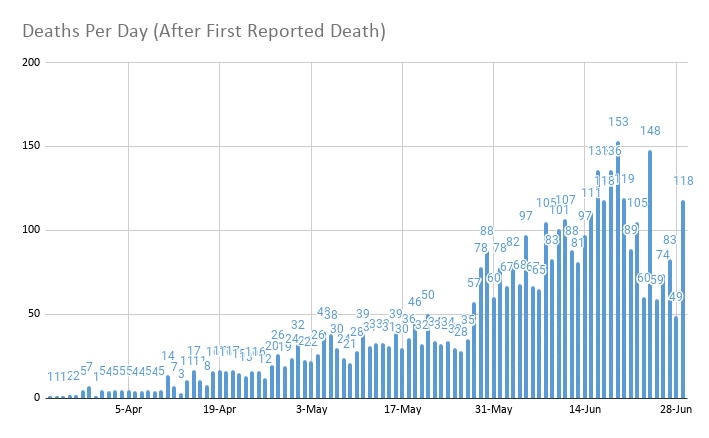 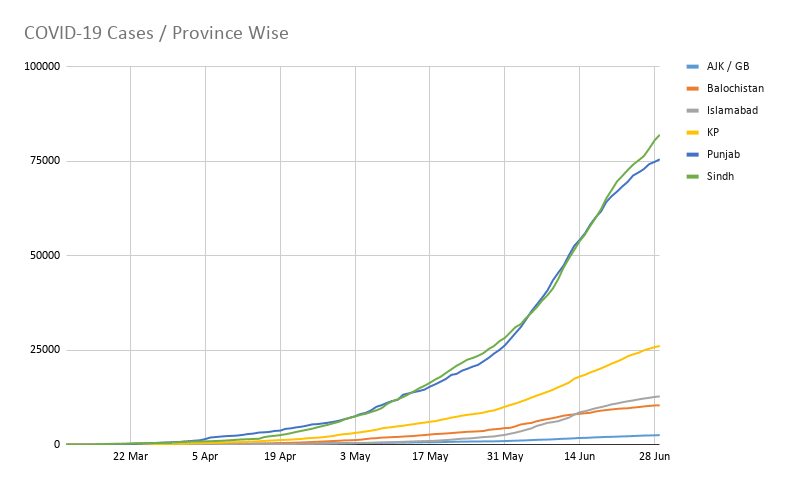 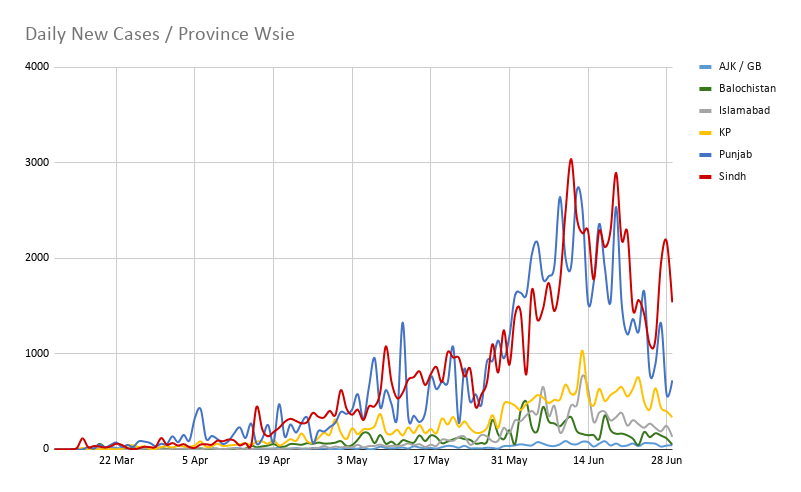 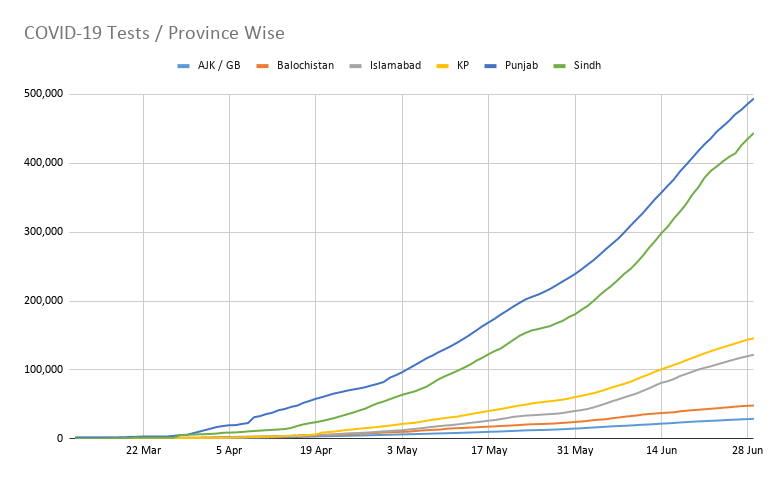 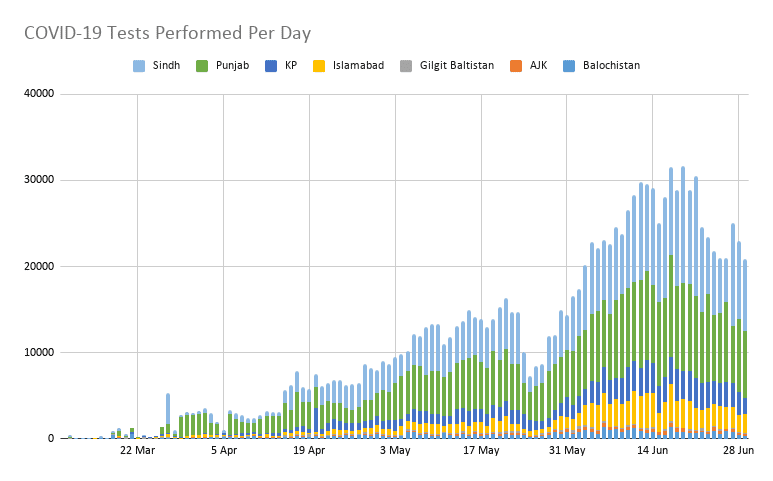