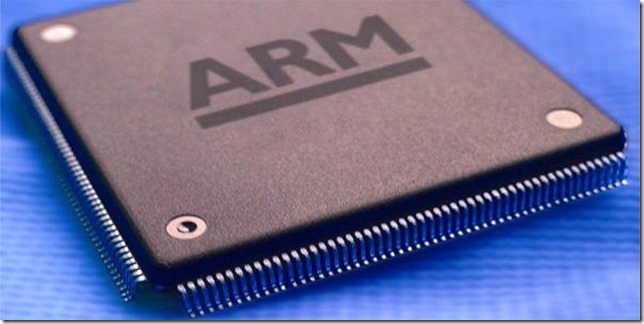 In the industry of smartphone processors, ARM sits atop them all in terms of market-share while others aren’t even close. ARM’s innovative and diverse processor designs have enabled the company to attain a huge market-share, around 95% of the smartphone industry, crushing everyone else.

Intel has been trying to resist this for quite a time but so far hasn’t been successful. While Intel’s Atom processor has been used in several phones over the years, it has done nothing to stop the growth of its biggest rival. But now, Intel has finally decided to give up and in the future will be making its own 64-bit smartphone chips based on ARM’s designs.

And so as the old proverb goes, “If you can’t best them, join them”, the company’s years of resistance in joining hands with ARM Architecture finally evaporates, leaving nothing but bad memories and multiple failed attempts.

Still, it will be interesting to see what benefits their architecture will offer. Given Intel’s own incredible history and experience, you can’t reject their products as dumb. And of course, the new processors with Intel’s manufacturing intelligence.

But there is little doubt that the customers will remain indifferent. One name which immediately comes to mind is Apple’s. While they’ve already had an extensive and popular partnership with Intel for their computers, their smartphone processors are still made by their nemesis, Samsung.

But whatever the case, the fight between Intel and its rivals in a territory owned by the latter will certainly be worth watching. Also it will bring greater good for all the companies buying these chips and in turn, for the customers.

The post Intel Gives up its own Smartphone Processors, will make ARM Chips Now appeared first on .