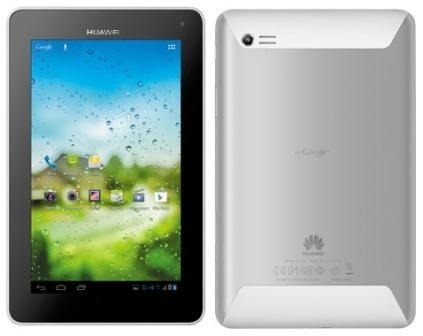 Huawei has outed yet another tablet in its MediaPad line of Android tablets. The new MediaPad 7 Vogue is a 7 inch tablet with a quad-core processor and the ability to make voice calls.

The tablet’s 7 inch display comes with a resolution of 600 x 1024 pixels, which is just fine considering the price bracket. The design is a bit bland too. The OS running is Android 4.1 customized with Emotion UI.

Beneath the surface though is a 1.2Ghz quad-core Cortex A9 processor with Huawei’s K3V2 chipset. The amount of RAM set is 1 GB while there’s 8 GBs of internal storage too (expandable via a microSD card slot).

At the back is a 3 megapixel camera. For connectivity the phone uses Bluetooth 3.0, microUSB 2.0 and Wifi Hotspot.

Here are the full specs of the tablet: