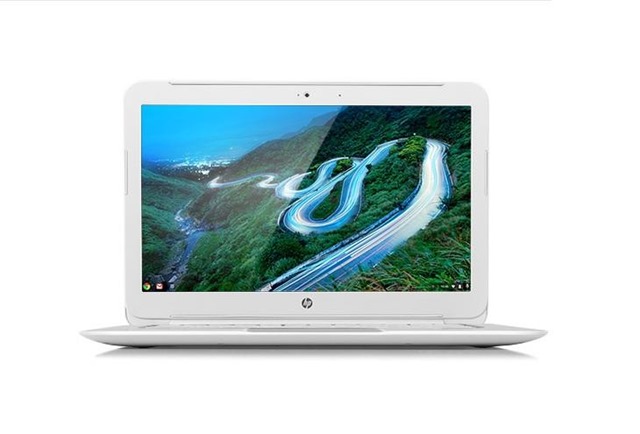 HP’s last go at Chromebooks was a broken attempt. Its cost was $329, was laggy and had an outdated design. This time however, the people in the company have really went back to the drawing board and came up with the HP Chromebook 14.

The Chrome OS running laptop still comes with a 14 inch display but instead opts for an Intel Haswell (unspecified breed) rather than an Intel Celeron.

For the design, HP have chosen rubberized finish and a plastic design over completely finger-print loving plastic. They also come in several eye-popping colors. The laptop is quite heavy, however, at around 4 pounds.

The 14 inch screen comes with the same 1366 x 768 resolution. The keyboard below it is accompanied by a trackpad with a single key. A webcam is at the front too.

As for the internals, it comes with a 4th-generation Intel Haswell of unknown kind and a 16 GB SSD. Cloud storage worth 100 GB through Google Drive is available for two years, along with an SD card slot.

For connectivity, it uses HDMI, USB 2.0, USB 3.0 and Wi-Fi. Battery life is quoted as being around 9 hours.

As for the price, the Chromebook 14 costs around $299. It will be available for purchase later this year but an exact release date isn’t given.