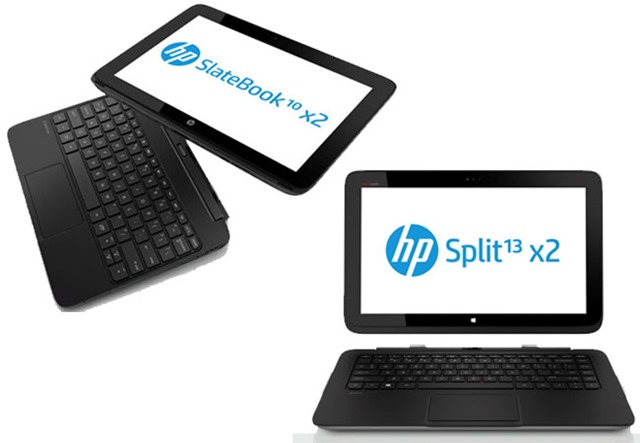 Android PCs aren’t exactly a new idea, by far, but not many of the bigger manufacturers are actually using it on their computers. HP, however, has dared enough to take up the challenge and has announced the SlateBook x2.

The SlateBook x2 is a convertible with a detachable keyboard and runs on Android Jelly Bean.

The display of the tablet is of 10.1 inches and also boasts a Full HD resolution. The LED display is also multi-touch.

The screen/tablet part of the PC can also connect with a keyboard through a magnetic mechanism. The keyboard houses the battery as well so connecting the keyboard will partly improve your battery life too. It also increases the no. of ports by adding a USB 2.0 port, another micro SD card slot and HDMI.

There are also 2 cameras at the front and back of the tablet for occasional snapping and video-calls.

The tablet will be launched this August for $479 without the keyboard, and $649 with one. That will put it in the Windows 8 laptop range, lots of whom can be found cheaper and that is far from an ideal situation to be. The thing is, that it wouldn’t matter much to you if all you want is a decent Android-running tablet, along with a processor. The real question, though, is that how many people want that?