Fragmentation in Android is arguably the biggest reason that app developers face, but there hasn’t been a measure of the graveness of its state yet. Thankfully, OpenSignal has put some light over the issue and has published the results that were concluded after a research on some 682,000 Android devices worldwide.

Judging by the jigsaw of data given, it’s clear that the hyping was definitely not without reason.

First, for the individual devices. Out of the ten most common devices which took part in the scrutiny, nine were by Samsung. The device line-up ranges from the Samsung Galaxy S4 and Galaxy Note II to the cheap Galaxy Y. That’s HUGE but not unforeseen. 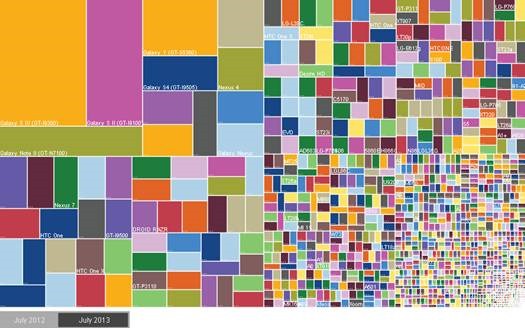 The problem, though, here is that even though the figure of 682,000 devices might not sound much, it still means 11,868 individual devices. That’s a huge hurdle for developers who have to make sure that their app looks great on all Android products.

After that, brand fragmentation strikes. Samsung is clearly at the top with a marketshare of 47.5% with no one even close. Sony Ericsson is in second with a meager share of 6.5%, followed by Motorola and HTC at 4.2% and 3.9% respectively. Samsung’s lead is spread over a hundred different phone models. The research also includes brands that most people probably haven’t heard of which is also certainly an issue. 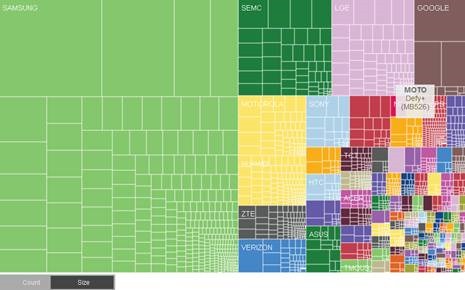 Then there’s the OS itself with its several non-dominant versions. Compared to iOS, whose latest version 6 alone has a mesmerizing share of 95%, both Android Jelly Bean and Ice Cream combined result in a share of just 60%. 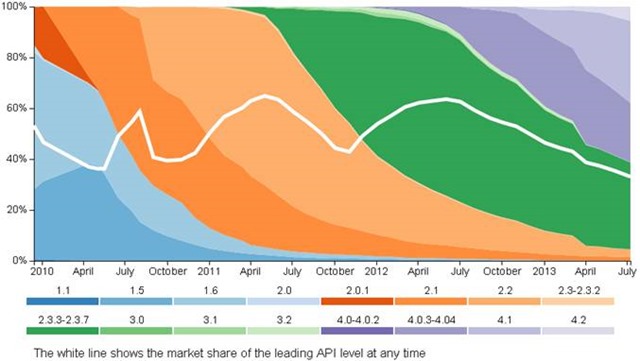 The multiple screen sizes are also troubling. Looking at those 682,000 phones tested, you get a giant variety on this front too. Making an app to look good on all of these displays is a monstrous challenge. Just look at the screen sizes of iOS-running devices for instance. 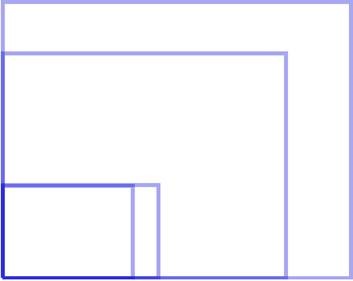 And here are sizes on Android Devices, rest you can imagine yourself: 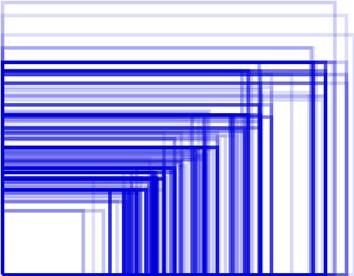 But while the research blasts fragmentation, it says that choice is good. The plethora of Android devices available of any kind in every category makes the OS accessible to everyone, so all is not wrong.

Still, what’s worrying is that when the same research was conducted just a year ago with the same number of devices, the quantity of individual devices which came out was only 3,997. So one can only imagine where this situation is going. So while the free licensing of Android makes it an ideal operating system for manufacturers, they’re usually app developers which play the role of scapegoats.

The post How Much Fragmented Android Really Is? appeared first on .