In its recent report, Counterpoint Research, a global industry analysis firm headquartered in Asia, detailed that the premium smartphone market, i.e., smartphones costing above $400 have seen a considerable decline of 13 percent in sales for the January – March period this year. 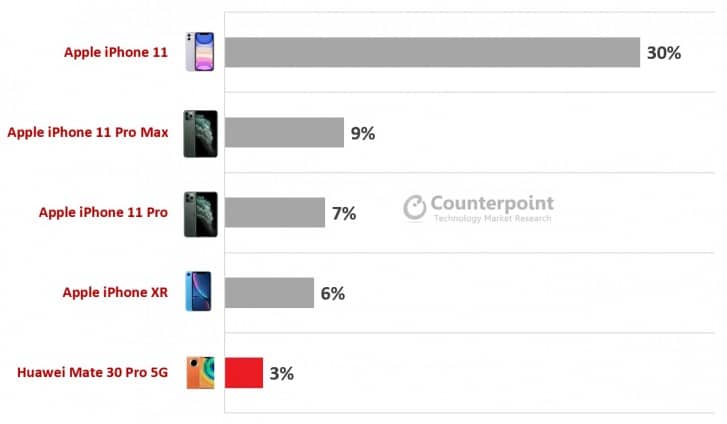 The top five OEMs for regional rankings are rounded off by Samsung with 19 percent market share, Huawei standing at 12 percent, followed by Oppo and Xiaomi at 3 percent and 2 percent, respectively.

If we talk about China, Huawei leads the smartphone market in the country with Apple standing in second place.

Other than this, the report details that the $600 to $799 bracket grew the most in Q1 2020 attributed mostly to iPhone 11’s success. Moreover, the share of 5G smartphones in the premium segment also played an important role, accounting for 20 percent of the premium smartphone market. 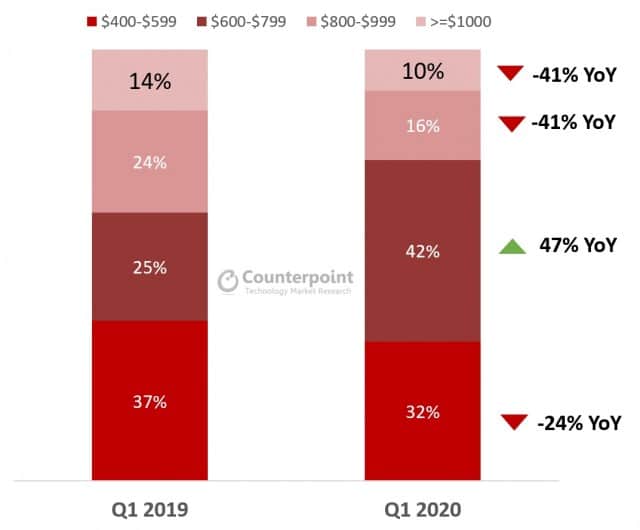 Although Counterpoint Research does not give a clear reason for the decline in smartphone sales, earlier this year Gartner, a research and advisory company, predicted that smartphone sales will see a major decline due to the ongoing global pandemic.

The Coronavirus pandemic has created a rift in industries around the world especially the tech industry. However, it looks like things will improve in the second half of the year.