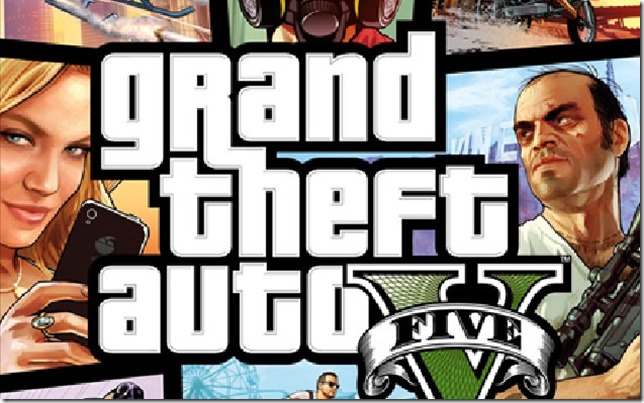 Gamers, the moment you’ve been waiting for almost half a decade has arrived. The most anticipated game of the year, GTA V has finally been released and as you could’ve expected, is larger, bigger and better than its predecessors.

The hype of GTA V is only natural. While the last major console iteration, GTA IV was itself phenomenal, the speculations for the next game started not long after. So to do its fans justice and remain on the cutting-edge, Rockstar Games made fundamental changes to the gameplay and the entire world itself.

Simply put it like this: GTA V is the result of the merging of Max Payne III, Red Dead Redemption and GTA: San Andreas and is still bigger than all of them combined. This is a result of 4 years of development and the result is evident right from the moment you jump into the game, in the form of 3 playable characters.

For the first time in the series, Rockstar gives you the ability to play as not one, but three different characters. The three guys called Michael, Trevor and Franklin are all totally different in personality & character and go on in their daily lives if you’re not on a mission or playing as the remaining two.

Michael (who was the first guy to be unveiled, narrating the first GTA V trailer) is a former bank robber running out of money and turning towards crime again, Trevor is a psychopath who suffers from drug addiction while Franklin is a car dealer with lavish lifestyle. Each of the characters come with their own unique abilities which aren’t found on the other two.

Gameplay elements from other Rockstar games such as Read Dead and Max Payne have been incorporated into GTA V. For the first time ever, Rockstar introduces animals into the game. New vehicles have made an entrance including airplanes (which were absent in GTA IV) and submarines.

Talking of submarines, the ocean is richer than ever, including even treasures and sharks.

Since it is supposed to be a real-world, the amount of activities you can engage yourself into is just huge: yoga, tennis, golf, scuba-diving, hiking, base-jumping, stock market, jet-skiing, internet, hunting, cycling and so on. Celebrities, Politicians and other characters in the game can be interacted with. The game is also full of modifications. Vehicles can be modified and from tattoos to haircuts and clothes, the physical appearance of your character can be changed. Even weapons are customizable!

From a sports car to a barren home in the wild, a large no. of things can be brought. Music also plays a huge role in the game and in GTA V, a lot of new radio stations have been added.

In GTA V, the series goes back into the Los Santos world of GTA: San Andreas. It isn’t a copy of that old city though as despite some similarity between the two worlds, the newer one is re-made completely from scratch. It’s also several times bigger than the previous one and thanks to newer technologies used, you’ll be able to see the entire city from any location, unlike the 1 kilometer area which rendered in GTA IV.

It’s also immediately accessible from the start. (No 6-star wanted level with police on your tail upon entering the other end of the city this time.) The city is not only restricted to prosperous mansions and tall skyscrapers only, but also includes village life and more modest locations. Los Santos is based on current-day Los Angeles and the entire city was carefully explored during the development of the game in person.

Almost every GTA game has had a brush with controversy and GTA V won’t be an exception either. The series’ intense violent nature has result in it being given a “Mature” rating so you probably shouldn’t be giving this game to a teenager for playing.

Grand Theft Auto Online is essentially the multiplayer version of GTA V which will be accessible with every copy of the game but is treated as a different game altogether by Rockstar. It will have a continually growing world as more content will be added later onwards.

In GTAO, you make your own character, then team up with your friends to do stuff in the Los Santos world. Together, you can go and rob a bank, play golf or tennis or simply kill each other. What’s more is that it will be free.

GTA V is available for PS3 and Xbox 360 right now but rumors of a PS4 and a PC version are circulating around too. The game requires a mandatory installation in the hard-drive in order to be playable.

Right now, you can pre-order the game in a lot of online stores including homeshopping.pk (for Rs. 7,490, yes we know that’s a lot). After its release though, it will be more widely available and for much cheaper prices when the hype will settle down a bit.

But even if that doesn’t happen and the game continues to be sold with a price-tag like that, GTA V is a game which is worth spending this kind of money.

The post GTA V Finally Gets Released appeared first on .