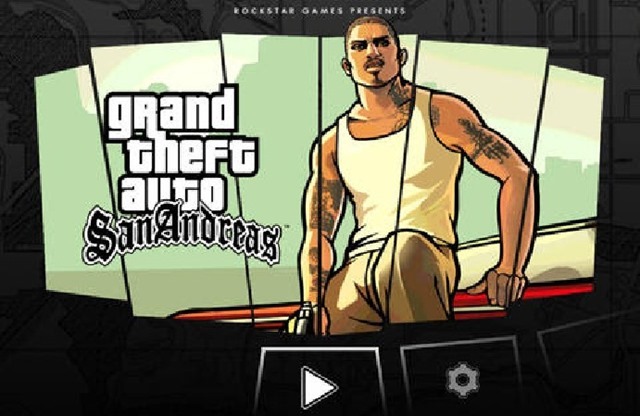 Grand Theft Auto: San Andreas is probably the most-acclaimed title ever to come out in the last ten years and it is time to re-live the experience you first had almost a decade ago again, with the releasing of it on iOS platform.

The game will soon be available for Android and Windows Phone in the coming few weeks. It is also the first game of the series to be launched on Microsoft’s mobile platform.

The game also gives you the liberty to play your own music through the in-game “MIXTAPE” radio station, after making a playlist of course.

Graphics have been specially enhanced and re-mastered for the 2013 version of the modern classic. If you own an iPhone 5, 5c and 5s or an iPad 5th-gen and Air, you’ll get even more detailed shadows and environments.

New physical controllers are also supported while the game also includes cloud support. Talking of controls, the game also introduces better controlling schemes which are said to be much better from the heavily criticized ones of its predecessors.

In case you’ve forgotten, the game is set in the 90s, in the fictional state of San Andreas (which was revisited 9 years later as a much-expanded location in GTA V). You play as the underdog Carl “CJ” Johnson who is trying to make his name in the labyrinth of gangsters and crime.

The game offers in-game customizations which are missing even from the later versions of the series. That, coupled by the diverse environments and vehicles, makes it one of the best games of all time.

But what does it cost? $6.99, against the $60 which it used to cost originally upon its release in 2004. For a rock-bottom price like this, hardly anyone will argue that the deal isn’t a steal.