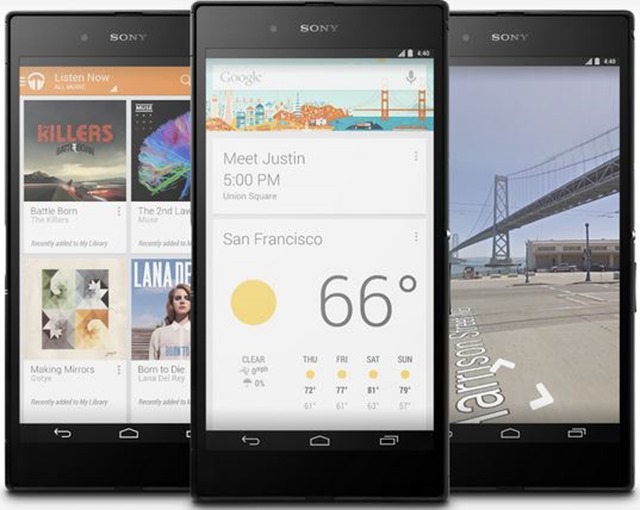 Sony’s Xperia Ultra Z is probably one of the best ultra-large Android smartphones in the world right now and now it is going to get even better.

Google has announced that a Google Play edition of the phone is coming soon and will cost $649.

The stock Android 4.4 KitKat experience may not be as feature-rich as Sony’s UI but will surely be much more simpler. The rest of the specs are virtually the same.

You have a 6.4″ display with 1080p resolution and shatter-proof glass, 2.2Ghz SnapDragon 800 processor with 2 GB RAM, 16 GB expandable internal storage and an 8 megapixel shooter with Sony’s Exmor RS sensor at the back.

Other than that, you also have a 3050 mAh battery, 2 megapixel front-facer, Sony’s much-acclaimed construction (in a 6.5mm thick package) and LTE.

The standout features will still be the IP58-certification – meaning that the phone is immersible in water by up to 1 meter and is dust-proof – and the super-sensitive display which, like the Lumia 1520, can be used with virtually anything you can think of.

The smartphone is available for buying now.

What Google is actually trying with these devices is to provide the ultimate experience which you’ll love in a package that you already love, and in doing that, it has been pretty successful so far.

Here are the phone specs again:

The post Google Announces the stock-Android Version of the Xperia Z Ultra appeared first on .