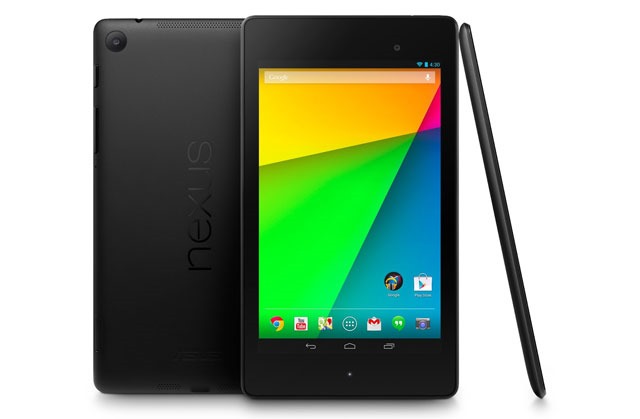 The original Google Nexus 7 was unarguably one of the most widely acclaimed gadgets of 2012. Among the numerous reasons of its success, was the fact that it came at a price tag which made it accessible to almost everybody.

Now, after one year, Google has made the successor to the Nexus 7 official. The new Nexus 7 comes with several new, important features, including a better and more portable design, better internals, a hugely-better display and rear-camera.

The display of the original Nexus 7 was already fine with a resolution of 800 x 1280 pixels but Google has upped it even further, monumentally, to 1200 x 1920 pixels. Protection is carried out by Corning Gorilla Glass.

It comes with radically improved hardware now. The storage options have been made better, from 8 and 16 GB versions to 16 and 32 GB. The amount of RAM is also increased to 2 GB from 1. As for the processor, the new Nexus 7 comes with a new quad-core SnapDragon S4 Pro processor, clocked at 1.5Ghz on a Krait CPU, up from a Nvidia Tegra 3 quad-core processor.

Last year’s Nexus 7 came with only a front-camera as a rear one might have increased costs. This year, that was possible so the new Nexus 7 boasts a 5 megapixel camera at the back, capable of doing 1080p Full HD video. To be honest, a rear-camera on a tablet doesn’t make much sense but its definitely better than having nothing at all.

The tablet is also much more portable. Its a full 50g lighter and 1.8mm thinner than last year’s offering. The bezels are also trimmed down by 2.75mm.

Here are the specifications of the tablet:

The new Nexus 7 is a bit pricier compared to the last year’s offering. The 16 GB version costs $230 now while the 32 GB is available for $270. That’s more expensive compared to last year’s tablets which costs $200 (8 GB) and $250 (16 GB). But you simply can’t ignore the fact that this year’s models come with twice the storage capacity, much, much better power under the hood and a monumentally better display. And because of these, the price difference is more than justified.

The new Nexus 7 will hit the markets worldwide in the starting of the next month. The best all-round 7 inch slate on the market just got even better!

At its announcement, Google called the original Nexus 7 the tablet which started the domination of Android in the tablet scene. Will the new Nexus 7 turn that domination into an undisputed lead until the arrival of its successor? That remains to be seen.