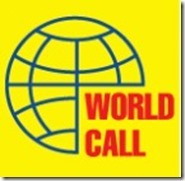 With-in one week of Police raiding the WorldCall’s Lahore office to arrest Mr. Babar Ali Syed, Chief Executive Officer (CEO) of the company, Chief Officer (CO) Anwar and two other persons, the law-enforcement agencies have now cancelled the cases against the company officials.

A company statement said that incident of police highhandedness in WorldCall office was followed by Oman Telecom’s condemnation and letter to Chief Minister of the Punjab to intervene. After which police high ups and administration were ordered immediate inquiry into the matter.

The Lahore High was also moved and was informed of cancelation of FIRs, said the statement.

Despite the fact that everything has settled down, the incident has set a horrible precedent for telecom businesses in the country.

If cases registered against WorldCall were fake then responsible police officials should be punished instead of just withdrawing the case. If not the case, then why the FIRs were cancelled after Chief Minister’s intervention. The settlement has only worsen the situation with more confusion for everyone.

The post FIRs Against WorldCall Officials Cancelled appeared first on .