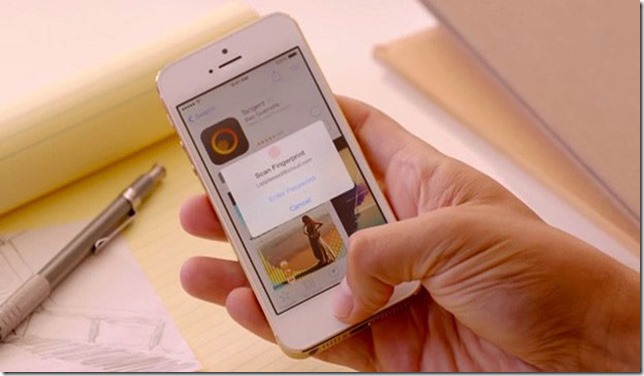 Fingerprint scanning seems to be another bit of tech which Apple has brought to life. While it is nothing new, getting used in the Motorola Atrix a few years ago, the way Apple has implemented it is again turning out to be the biggest advantage for the company.

As expected, competition has followed the trend and according to reports, Samsung’s next flagship will reportedly come with an eye-scanning sensor. Very cool.

So far, however, only HTC has incorporated this technology in its HTC One Max, but how does that stack up compared to the industry-leading iPhone 5s’ Touch ID?

Well, rather poorly. In theory, HTC’s fingerprint scanning seem quite good. Execution, however, is far from perfection. The scanner’s placement, the phone’s ergonomics and the technology’s functionality leave something to be desired.

Firstly, unlike the iPhone 5s’ Touch ID, sensor in HTC’s One Max is located just below the camera, which means your finger is likely to smudge the lens everytime you’ll use the scanner, which will require cleaning every once in a while. (And at least to this author it looks quite bizarre.) 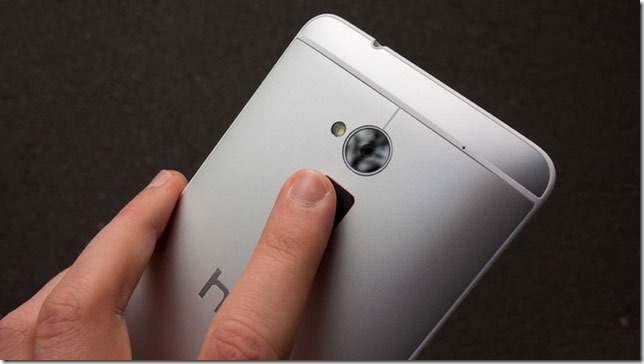 Unlike Apple’s feature which remembers 5 fingerprints, HTC’s solution remembers only 3. It requires a swipe to be unlocked rather than just the placement of a finger. That doesn’t sound too bad, but instead of just swiping your finger over it, you’ll have to press the unlock button first, which sums up to two steps unlike Touch ID’s one.

Ergonomics will also be a pain. Being at the back, you can’t simply use the fingerprint scanner one-handed like you can on the iPhone 5s and as you would’ve expected, swiping at the back without seeing it DOES leave room for a lot of mistakes.

One thing which you can, however, do with HTC One Max is to assign a task to each of your three fingers. This is great but you can only use this function only from your lockscreen.

The One Max – after all this shortcomings – can be termed a missed opportunity. The scanner is its biggest feature but that’s exactly where it fails flatly. Even when you put its finger-scanning capabilities to a side, there’s little-to-no reason of buying the One Max (except for the sensational design) as its feature-package is modest for a device as expensive as this.

Even according to its maker, the One Max is a temporary answer to competition but then again, when you’re spending this kind of money on a phone, you intend to keep it for many summers and winters.