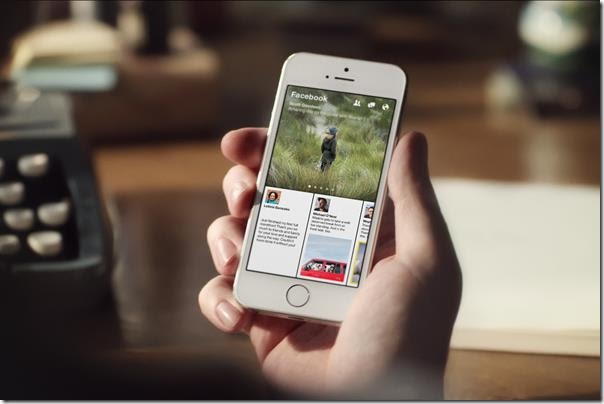 Facebook has announced a new magazine-styled news app to take on competitors like Flipboard, Newsstand and others.

The app has also borrowed some inspiration from Flipboard, thanks to its flip animations.

First-of-all, since its Facebook, the first thing it will show will be your News Feed. News sections will follow it and will be divided into multiple sections like Photography, Science, Design, Food and Sports. The sources of your news will range from the the big names in journalism to the less-acclaimed and new ones.

Also just like Flipboard, you’ll be swiping a lot because the interface with white news tiles on top of vivid cover stories demands that. Tilting can also be done to watch panoramic pictures.

Paper is also the first result of the company’s new Creative Labs, and there will be many more apps coming from its way.

There will be no ads in the beginning but Facebook is trying to put them (and auto-play videos) without hindering the experience too much. The app will be available starting from the 3rd of February on Android and iOS.