Amidst the pandemic where social networks face increasing scrutiny for handling of fake news, Facebook has launched a revamped news tab for Mobile Facebook app users in the US. This tab will feature journalism exclusively from a list of vetted sources, and users will be allowed to sort the news based on their preferences.

According to Facebook, the company has worked with publishers and journalists to develop ‘integrity signals’, based on which, the authenticity of a news piece is determined. The algorithm is designed to eliminate publishers that share fake news and clickbait.

Facebook also detailed that the news tab will be partially determined by algorithms and part human curators. The top stories listed in the first section will be determined by journalists themselves. 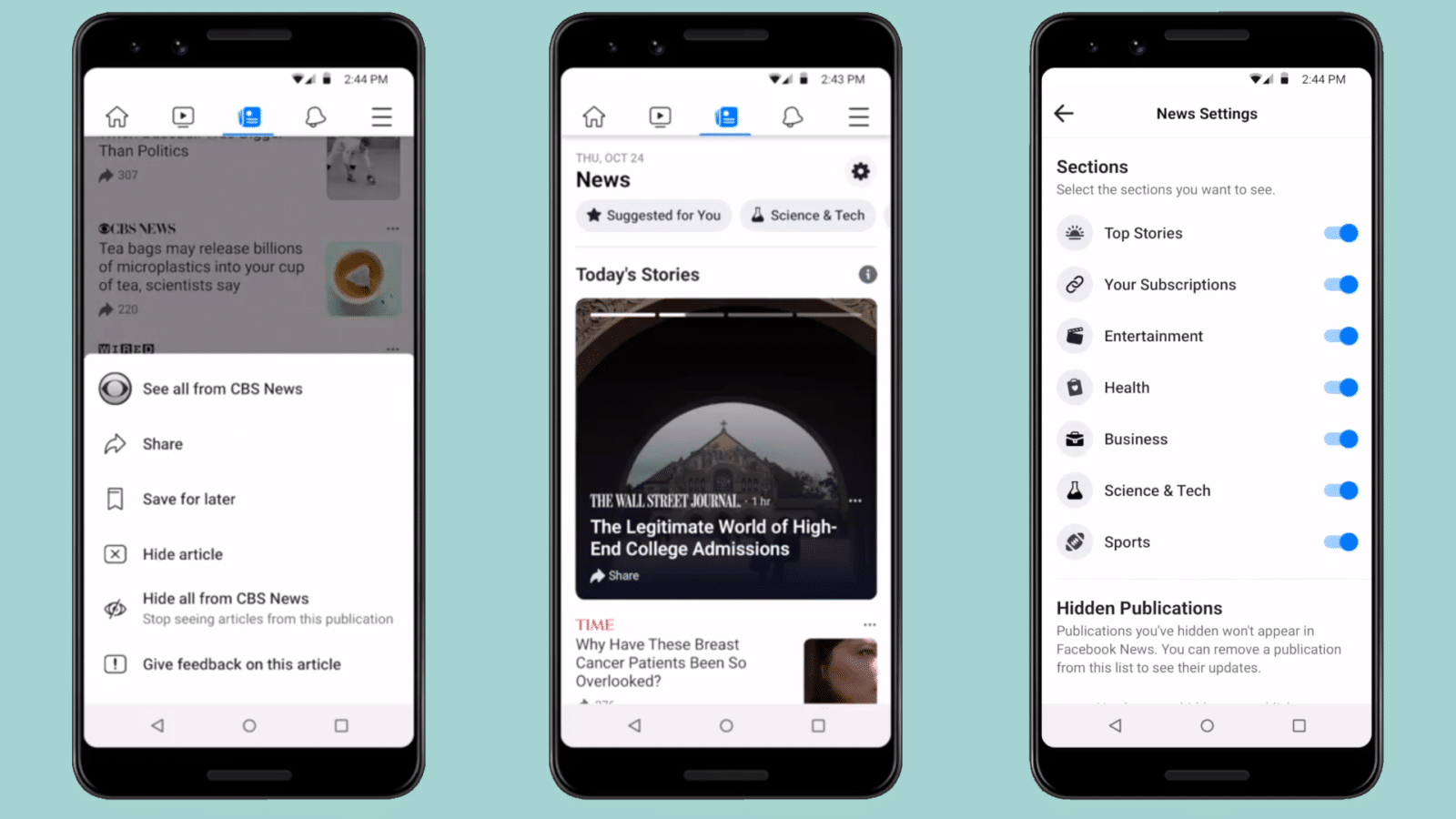 In its only FAQ section, Facebook has explained that to outline its editorial strategy and to decide which publishers to promote; it is employing a human team, which might result in more controversy. Moreover, the social media giant has urged publishers and journalists to register themselves and ‘news pages’ via this link. To qualify as one of its partnered publishers, the applicants need to have a big enough audience and also pass the company’s integrity standards.

However, the company’s relationship with the news business is deeply complicated and strained thanks to several high-profile controversies that came forward over the years. Hence, it remains to be seen how efficiently Facebook handles this new venture. For more details, take a look at this FAQ section.