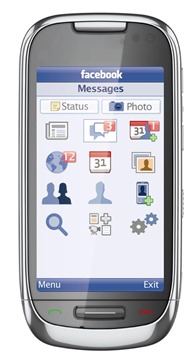 Facebook has announced that over 100 million people are using it’s “Facebook for every phone” app now. The app remains most popular in developing regions, where people still cling on to feature phones.

The service was launched in July 2011 and can run on almost 3000 different cheap handsets from virtually all manufacturers.

“In just two years, Facebook For Every Phone has successfully put Facebook into the hands of millions of people around the world with limited access to the Internet, giving them the power to connect and share,” says Ran Makavy, the Growth Manager at Facebook.

And while the feature phone users aren’t really great, untapped sources of money for Facebook, in the future, they might give the social network some chances as they’ll steadily get better means of connecting to the web.

The company however still finds it difficult to find a way to smartphones though where its Facebook Home was coldly received and the HTC First fared badly so that might still be worrying.