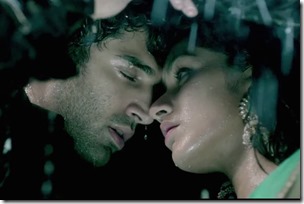 Stats show that there might be a slight number of users who use YouTube for educational videos (again: just a small fraction) but majority of Pakistanis looked for Indian songs on YouTube, before and during the ban.

Here are the search trends for YouTube during 2013 for Pakistan specific Audience: 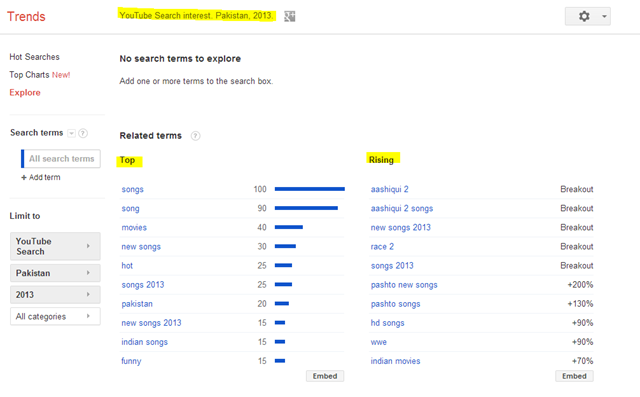 Clearly the internet audience from Pakistan is searching for songs, songs, songs and Indian Songs. These trends highlight that YouTube was a good medium to view Songs with High Definition quality videos.

Not to mention, YouTube is banned in Pakistan for around a year now. Which means people are accessing the website through proxy channels to watch the songs.

Interestingly, these trends were no different in year 2012. Have a look: 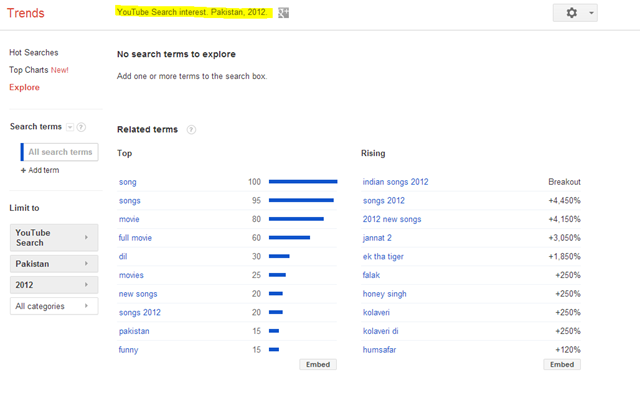 This reveals the general behaviour and taste of Pakistani users, who have access to Internet but are unable to make its productive use.

Songs, movies and other recreational activities is what we tend to do a lot over internet. Authorities concerned, internet activists, USF, PASHA, PSEB, PTA and others should take necessary measures to increase internet awareness in the country.

Its about time that we should think beyond enabling the population and should start working on effective and positive usage of Internet.

The post Despite Ban, Majority of Pakistanis Still Search for Indian Songs on YouTube appeared first on .