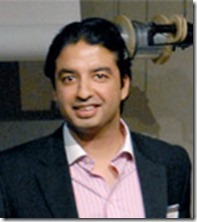 Dr. Basit Riaz Sheikh, the Chief Executive Officer of Universal Service Fund has resigned from his position, we have confirmed it with his office.

Dr. Basit has reportedly sent his resignation to Ms. Anusha Rehman, Minister for Telecom and IT, which is likely to be accepted.

For those who don’t know, Dr. Basit was close friend of previous government and was appointed CEO of Universal Service Fund – without advertising the job – after sudden termination of Mr. Riaz Asher Siddiqui.

Dr. Basit also played some role during the auction process of 3G during previous government, however, as we all know things didn’t go well and auction of 3G wasn’t realized.

Dr. Basit Riaz Sheikh, son of a bureaucrat, has also remained the advisor to  Ministry of IT and Telecommunication during Raja Pervez Ashraf’s premiership in 2012.

It merits mentioning here that current government had recently advertised the job for the CEO of USF, after which it was apparent that Dr. Basit is all set to see the exit doors.

Due to its rich accounts, USF has remained in the eye of every government for obvious reasons.

The post CEO of USF Resigns appeared first on .