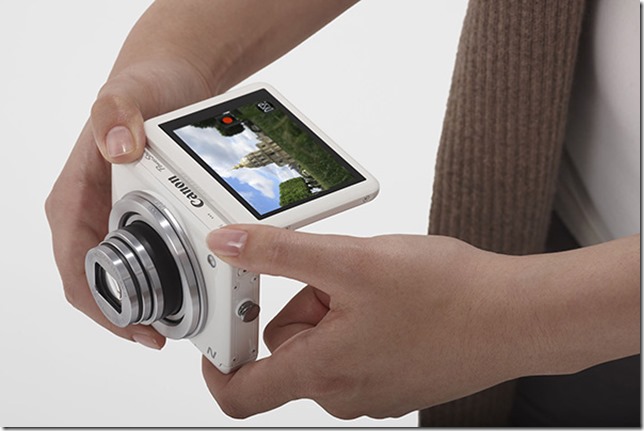 How many cameras are there which are built after keeping speedy sharing in mind? Not many? Thankfully, the Canon PowerShot N isn’t one of them. The camera comes with its own Facebook button and Wi-Fi so sharing photos and videos instantly shouldn’t be an issue.

The key is placed at the side of the device. Apart from that, it has taken another cue from the current technology trends in the form of a 2.8 inch movable touchscreen. On the “camera” side, it comes with a 12 megapixel CMOS sensor and a 28-224mm wide-angle lens with 8X optical zoom lens. It also uses Canon’s DIGIC 5 Image processor.

So far, we’ve already seen phones with Facebook utilities and services built-in in phones such as the HTC Salsa, ChaCha and the First (none were successful though), but its one of the first times ever that we’re seeing such tech in cameras.

The PowerShot N will be available in white from September for $299. That’s a lot of money but how many times have we seen a camera with a Facebook button after all?