Branchless banking in the country grew by 14 percent during first quarter of 2013 — January – March, 2013 —  and by the March end Branchless accounts have reached at 2.4 million.

According to SBP’s latest Branchless Banking report, branchless banking deposits have grown by 32 percent and reached Rs. 1.4 billion. The growth is mainly attributed to level ‘0’ and level ‘3’ accounts which grew by 33% and 56% respectively.

The total volume and value of transactions processed during the quarter has jumped by 16% to 41.1 million and by 13% to Rs.171 billion respectively. This growth in transactions is largely attributable to early BB players (Easypaisa and Omni).

According to the report, domestic fund transfers through OTC (P2P) remains the dominant category with 59 percent share in value and 36 percent in number of transactions performed by the customers. Growth in m-wallets has been driven by G2P accounts as 75 percent of the total 295,138 accounts registered during the quarter belong to G2P beneficiaries.

Here are the key indicators once again: 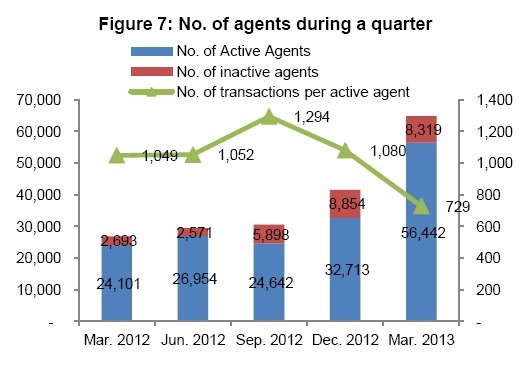 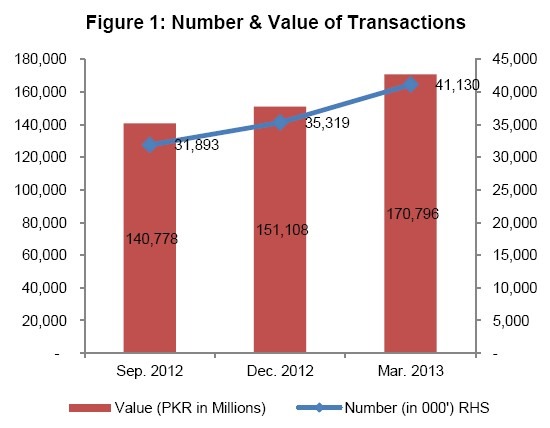 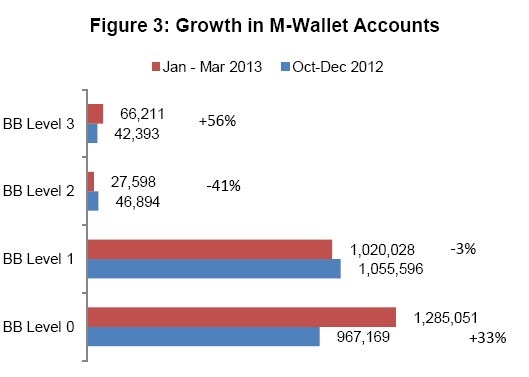 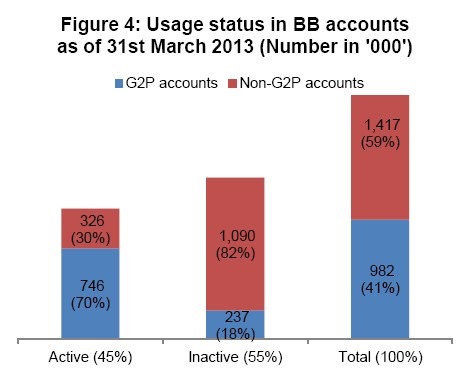 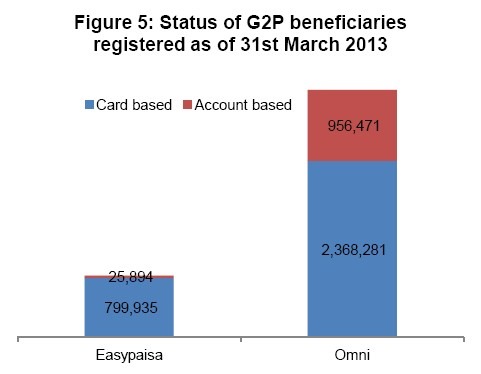 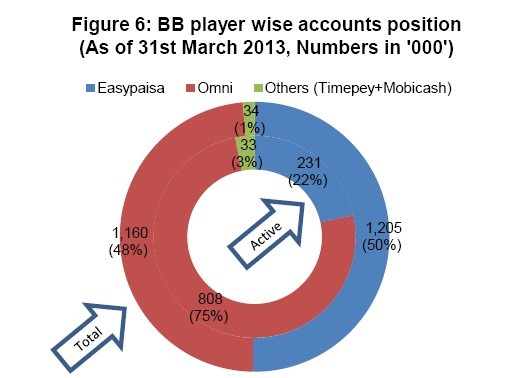 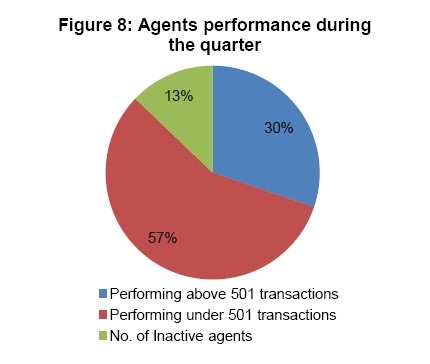