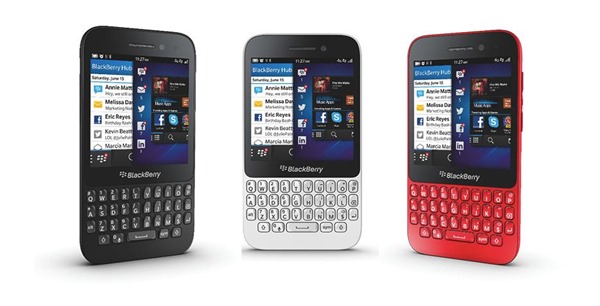 BlackBerry will be releasing its third BB10-running smartphone today. The phone is mainly targeted towards the young crowd but still features BlackBerry’s trademark keyboard and is the cheapest of the current crop of BB10 smartphones.

The Q5 has a 3.1 inch display with resolution of 720 x 720 pixels. It is powered by a 1.2Ghz Qualcomm SnapDragon processor and has 2 GB RAM. The amount of internal storage is set at 8 GBs which is also expandable.

At the back, is a 5 megapixel camera with Full HD 1080p video recording. At the front is a 2 megapixel HD camera. For the connectivity, the phone uses Bluetooth 4.0, microUSB 2.0, Wifi Hotspot and optional NFC. It also supports LTE.

Here are the full specs of the BlackBerry Q5:

The phone will be available from today for a price of about $400 and should be hitting more markets soon. The price should come down quickly too, or at least that is what we hope happens, otherwise this phone will be a really tough sell, given the pressure of not only Androids, but also Windows Phones and the cheaper iPhones.

The post BlackBerry to Release the Mid-Range Q5 for $400 Today appeared first on .