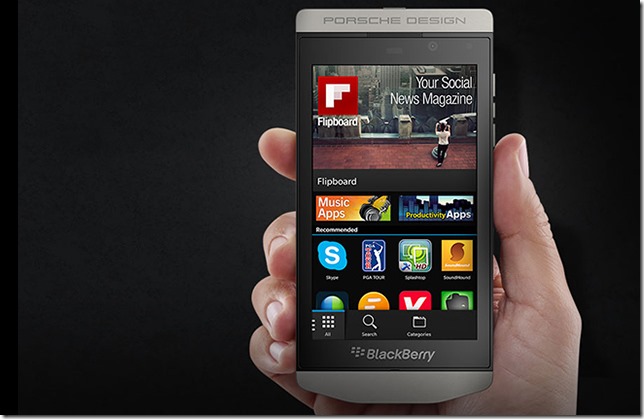 BlackBerry is going through times of uncertainty right now, a thing which reflects to its fullest in its latest creation, the P’9982. The smartphone, which is basically a Z10 underneath just crafted by Porsche Design costs $2400 and will be available by the end of November. You can’t get one though.

With only 500 ever to be made, the P’9982 comes in a much more luxurious package (box seems to be an inappropriate word here), which also contains a certificate of authentication and a BBM pin code, which upon entering displays a special icon on your profile, shouting to your world your incredible achievement (and flamboyant lifestyle).

Beneath the Porsche Design goodness – which consists of a first-grade satin-finished stainless steel design – lies the usual stuff: a 1.5Ghz dual-core Qualcomm MSM8960 processor, 2 GB of RAM, 64 GB worth internal storage, which is expandable by up to 64 GB. The last of these two specs are improvements but that’s about it.

8 megapixel camera, capable of shooting 1080p video can be found at the back but we naturally believe you won’t use it often. Apart from the 4G LTE connectivity, there isn’t much to right home about.

Lastly, for those of you who still find the P’9982 an average-looking phone, there will also be an even more limited (and bonkers) crocodile-leather model.

Still, in these times of uncertainty and worries, a normal mind always wonders what compelled BlackBerry to made this.

It’s a good thing that they made only 500 units. Good for humanity, good for them.