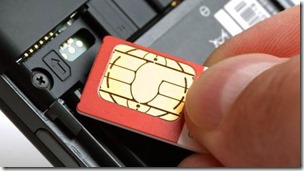 Fool-proof re-verification of cellular subscribers will save telecom companies, Universal Service and Government of Pakistan around 88 million dollars a month or 1.05 billion dollars a year by curbing grey international incoming traffic.

In addition the re-verification will help seizing of tons of social crimes that are causing irreparable damage to society and the nation.

This is only possible if re-verification of entire cellular base of the country is carried out in a fool-proof manner, and without any leakages or flaws (probably the body responsible for development of system will have to keep continuous eye on loopholes).

It can be biometric re-verification, where each and every cell user will have to record his/her thumb impression to be able to use cellular services, or any other method that should cent percent guarantee the rightful ownership of each and every cell phone user.

It merits mentioning here that each international incoming minute earns the telecom operators USD 0.0625 while another USD 0.029 is saved for Universal Service Fund.

Clearly a lot of revenue for government can also be saved through taxing this income.

It is no secret that entire illegal international telephony is routed through illegal and unregistered SIMs, which will become impossible if each and every SIM is tied with a human being through a bio-metric re-verification.

That is, once all the SIMs are registered to recognizable and traceable owners, there won’t be a way to route international incoming voice traffic to local networks.

Not only this, countless number of social crimes such as wrong and anonymous calls, SPAM messages, spreading scandals via MMS and fake rumours via SMS, fake lotteries, phone thefts, extortion, kidnapping and various other usual and unusual crimes will be harder to commit or tracking them will require only a single click.

If you imagine each and every crime mentioned in above line has become nuisance for our society. Consider how wonderful it could be to get rid of these.

Importantly, if you notice, I didn’t mention terrorism; that’s because terrorists will switch their communication channels to avoid identity. They may start using Viber, Whatsapp or maybe their in-house – self developed — apps for communication.

Our government and law enforcement agencies will have to figure out other ways to tackle terrorism instead of blaming the telecom industry. But yes, re-verification is necessary to avoid so many other mis-deeds of our society.

P.S. In addition to re-verification of cellular users, Vfone, worldcall and all other wireless operators should also re-verify their customers to attain up-mentioned results.

The post Biometric Re-Verification of SIMs can Save Pakistan Billions of Dollars and Tons of Crimes appeared first on .