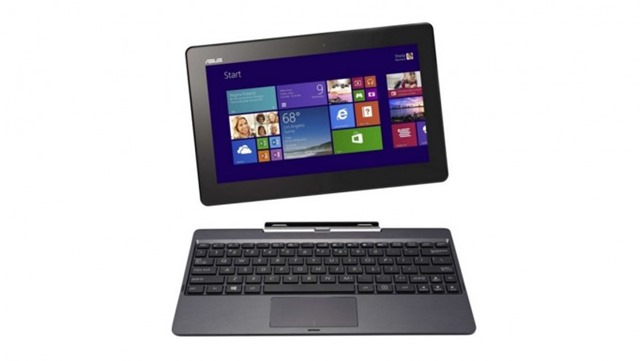 Windows 8 (and RT) tablets have rather been a failed alternative to the iPad so far. The previous generation processor coupled with the manufacturers’ resistance to spend more on projects with less profit margins has been holding the tablets back but tables might have finally started to turn.

ASUS’ newest response in the Transformer Book T100 is a 10.1 inch tablet with 1366 x 768 resolution and has an Intel Atom Z3740 Bay Trail processor under the hood. The hybrid also comes with Intel HD Graphics and 2 GB RAM.

For connectivity, microUSB, microHDMI, Bluetooth and USB 3.0 port (in the keyboard dock are used).

On the software side, it comes with full Windows 8 (and not the RT), and Office 2013 pre-installed right from the get go.

Compared to the $499 iPad, the Transformer has been priced really attractively. Starting at just $349 for the base 32 GB model and $399 for the 64 GB version, it also comes with a keyboard dock. Yes, that’s true, without spending a penny more.

That transforms it into a full-fledged PC which can run loads of Windows software. And if you thought the internals were weak, the Bay Trail platform is twice as faster as the Clover Trail which it succeeds so you might even be able to play a few games on it as well.

It will be made available later in October this year.