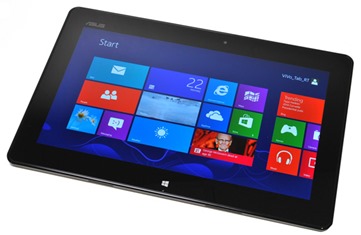 Even though a lot of PC manufacturers have publicly rebuked Microsoft’s Windows RT, ASUS has become one of the first companies to actually ditch the OS, once and for all. The world’s fifth largest PC company decided to call it quits because of the losses incurred and the poor sentiments of the OS in the industry.

“It’s not only our opinion”, ASUS CEO Jerry Shen said in an interview, “the industry sentiment is also that Windows RT has not been successful”. The company also undertook a writedown on the sales of the tablets running on this OS in Q2.

After this announcement, ASUS will not be making any tablets running Windows RT OS.

It’s not only ASUS though which got losses from the OS. Only sometime ago, Microsoft itself did a $900 million writedown on the Surface RT tablets.

Windows RT tablets, which was considered to be a splendid alternate for PC lovers to get a PC-like tablet, is complained to not to offer Android and iOS-like apps in terms of quality and quantity.

Still, there is some hoping left that RT will make a comeback, especially now that Nvidia itself has made it clear that the work on the second-generation Surface RT is underway.