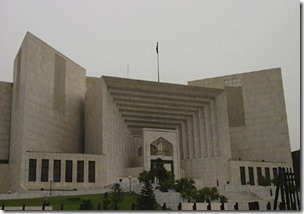 Supreme court of Pakistan has ordered the federal government to appoint Chairman and members of Pakistan Telecommunication Authority before next hearing (which is on September 16th, 2013) and to make necessary arrangements for the auction of 3G licences with-in next 60 days.

This interim order was passed by a three member bench of the apex court headed by Chief Justice Iftikhar Muhammad Chaudhry himself during the hearing of a petition regarding the delay in auction of 3G licenses.

Supreme court was told by the counsel of the petitioner that Lahore High Court has issued an interim order on appointment of PTA chairman and that Islamabad High Court had previously asked for the fresh applications for filling the top slots at PTA.

Supreme Court, however, observed that the applications sought on June 14 were not cancelled and the process of seeking applications was still ongoing.

Deputy Attorney General told the court that under the on-going process 165 applications for the slot of members of PTA were received and were sent to the prime minister for the approval who had constituted a committee on it.

When inquired about the time government will need for the completion of the whole appointment process, Deputy Attorney General said that it would not take more than two weeks.

It maybe recalled that government was considering to get an interim Chairman at PTA, for which the summary has been sent to Prime Minister for approval.