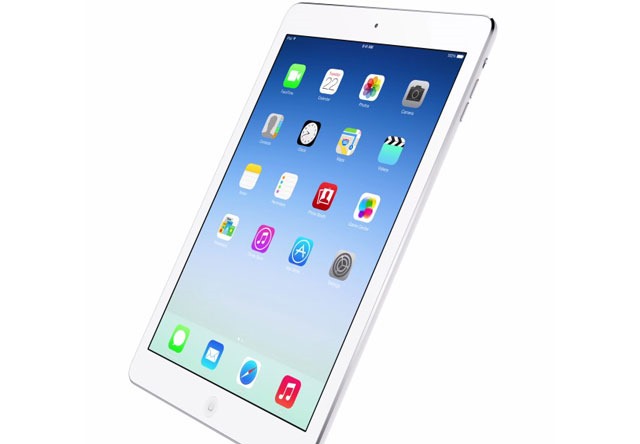 Apple has announced the 5th generation iPad last night, which doesn’t just bring a major change on its feature set, but also in its name. The latest iPad is called the ‘iPad Air’. The inspiration for this possibly came from the MacBook Air, another Apple product acclaimed universally for its design.

Statistically, the new iPad is 28 percent lighter than before, weighing 469g compared to 653g before, and is 20 percent thinner at 7.5mm. The bezels are also an incredible 43 percent lesser than before. These statistics make this tablet the lightest full-size tablet in the world.

On the hardware side, as expected, it comes with Apple’s 64-bit A7 processor (8 times faster than before, 72 times faster graphics) which debuted on the on the 5s, along with M7 motion co-processor. PowerVR G6430 Graphics are used, while the storage options are set at 16/32/64 or 128 GB.

The iPad Air comes with a 5 megapixel camera on the back, capable of shooting Full HD video at 30 fps, along with a 1.2 mp camera on the front and dual microphones.

Perhaps a disappointment for many could be the lack of Touch ID, which hasn’t made its way to any of the iPads.

Connectivity options with iPad Air include Bluetooth 4.0, Lightning Port, Wi-Fi (twice faster with MIMO 802.11) and optional LTE. A 32 Whr battery powers the tablet for up to 10 hours.

Finally, the price. The new iPad Air will start at $499 for the base 16 GB model when it will go for sale on November 1.

The iPad Air’s not the cheapest tablet in the market, by far. What you do get is the brilliant ecosystem which is second to none and that, according to most, will be something which will give it an edge over others. That justifies the extra price too.

The post Apple Announces the New iPad Air, More Sleeker, Powerful and Fresh Than Ever! appeared first on .