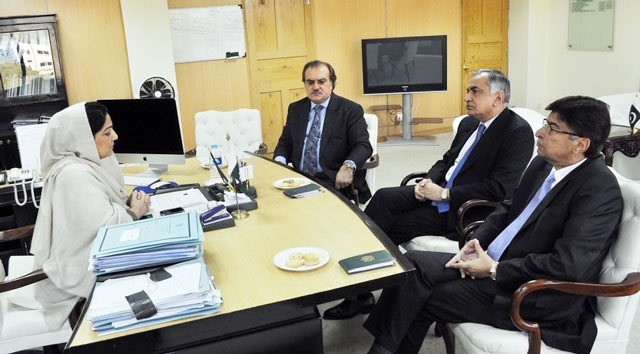 Anusha Rehman, Minister of State for IT and Telecom, yesterday met with Mr. Walid Irshaid, CEO and President of PTCL, to discuss the matter of pending Etisalat payment towards government of Pakistan.

Etisalat is holding a USD 800 million or PKR 80 billion payment to Government of Pakistan from 26 percent stakes purchase in PTCL in 2005.

PTCL, in the past, has always maintained that matter of pending payments is between Etisalat and Privatization Commission and that company has nothing much to do about this.

However, for the first time, Mr. Walid Irshaid is reported in media to have discussed the matter of outstanding Etisalat payments.

It maybe recalled that Etisalat – through PTCL — is aggressively perusing to get cent percent hold of Warid Telecom in Pakistan. However, Pakistan is looking to block the deal if Etisalat decides to not to clear the pending payment.

Sources tell ProPakistani that Etisalat-Warid deal is almost through. Both the sides are now evaluating the regulatory approvals and other post-announcement factors that may impact the deal after it will be announced officially.

ProPakistani is expecting the announcement for Etisalat-Warid deal through a foreign media-outlet during next few days.