Google up till now, has never came forward to justify the claims against its Linux-based operating system Android, that it is the most precarious Smart Phone based Operating System, and have over 1Milion High-Risk apps in its Play Store.

Ever since it was released publically in September 2008, dozens of proclamations and researches had been published professing that Android is not a secure platform for Smart Phones.

Google has ultimately broken the Ice, and despite the fact that Play Store has over 1Million Malware apps, Google claimed that, Android is more secure than any other platform, including iOS.

The report manifested the engrossing illustration of the security dynamic in the open Android ecosystem. It was exhibited to dispute the pretenses of pervasive Android malware threats.

Here is an overview of one of the info-graphic shown by Google’s Security folks.

This picture is showing the multiple layers defense level that a user has to go through before installing an App. 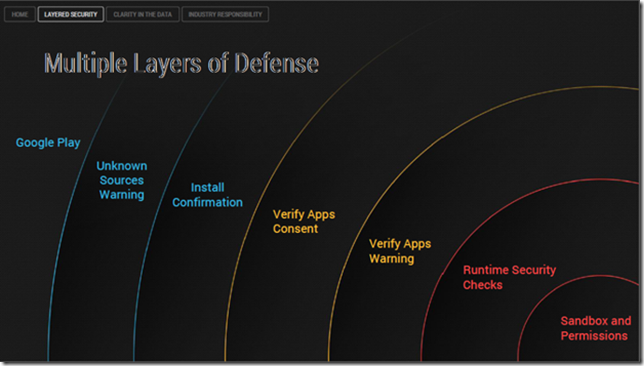 According to Ludwig, the number of malware that actively strive to dodge runtime security checks in order to wreck users is surprisingly just 0.001% of installed apps. And these are the numbers that tries. The numbers of apps that really able to provoke harm are even scantier than that. Fascinating! Isn’t it?

Ludwig relates the Google’s strategy to control Malware as similar to the role, the Center for Disease Control (CDC) plays in public health.

“The CDC knows that it’s not realistic to try to eradicate all disease. Rather, it monitors disease with scientific rigor, providing preventative guidance and effective responses to harmful outbreaks”

Google evidently gathered data from apps that were installed from outside the Play Store and where the probability of malware and worms is much eminent.

Based on the data collected from 1.5 billion app installed from Outside, Google secured credible evidence that the proportion of “potentially harmful apps” installed is about 0.12%. 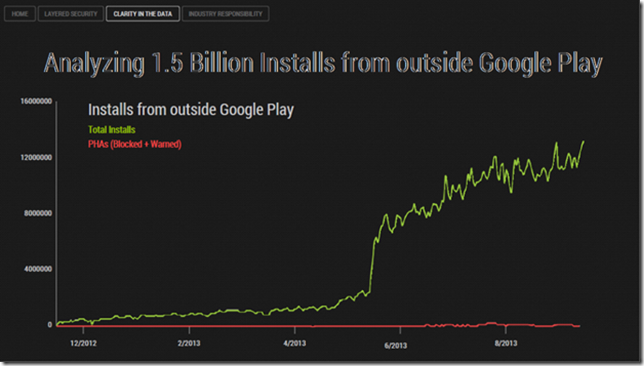 However, there is still one admonition to all these. Google’s statistics and data are determined from Android devices that have Google Play Store installed, with the feature of ‘Verify Apps’. No data had been collected from the Smart Phones and Tablets that have not been authorized to run Google Play services, especially those manufactured in China.

The post Android is Much More Secure than You Think: Google appeared first on .