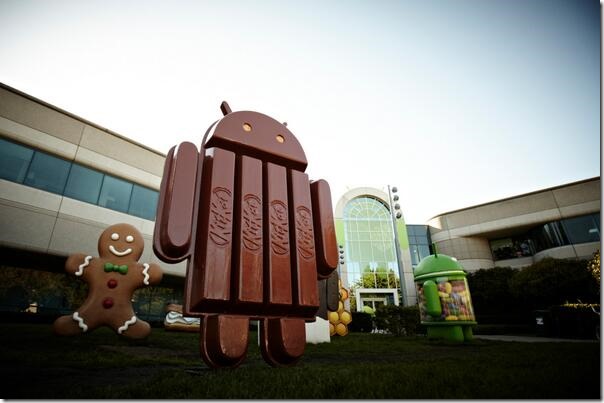 Android chief Sundar Pichai has announced via Google+ and Twitter that the long-awaited moment of Android’s 1 billion activations has finally arrived. After such a milestone, Google’s stronghold over the market has probably become unmatchable.

“All this Android innovation is driving tremendous ecosystem momentum and I’m excited to share that together we’ve now passed 1 Billion Android device activations”, he wrote. “Huge thanks to the entire Android community from the hardware manufacturers, chip makers and carriers to the developers and content creators to all of you – our Android users around the world – for making this possible.”

He also made full use of the moment to tease the next version of Android which has found a new name in “KitKat”, rather than the name Key Lime Pie which circulated around the web for months before being turned down.

“On my return from Asia, I was also thrilled to find this guy waiting to greet me on the front lawn — love the new #AndroidKitKat statue and can’t wait to release the next version of the platform that is as sweet as the candy bar that’s one of our team’s favorites.”

Yes, KitKat is named after the popular chocolate and Google has secured rights to that too. The OS name skips the space between the two parts though.

An official section has been dedicated in the operating system’s official site already with a simple message accompanying it:

It’s our goal with Android KitKat to make an amazing Android experience available for everybody.

And oh, a new statue has joined the existing statues of Android versions in GooglePlex already which looks just as mouth-watering as the older ones. Google has once again followed its famous tradition of naming OS versions after desserts in this instance.

The post Android Finally Reaches 1 Billion Devices, Next Version Gets a Name: KitKat appeared first on .