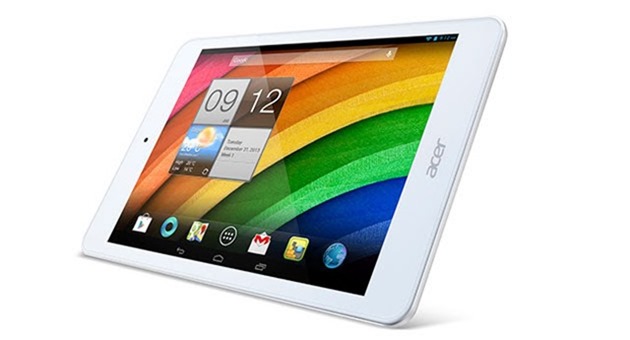 Acer has announced its new tablet line-up running on Android, consisting of two tablets. Both of them are in the rock-bottom category both in terms of specs and price. The B1-720 is an average offering with hardly anything exciting. The A1-830 though, is an interesting product.

It comes with a 7.9″ display with 768 x 1024 resolution. However, it also is one of the world’s first Android tablets with a 4:3 aspect ratio, which (almost) places it in the same territory as Apple’s iPad Mini.

Apart from that, there is hardly anything similar in the two. It comes with a dual-core Intel Atom Z2560 processor with 1 GB RAM and 16 GB expandable storage. A duo of 5 and 2 megapixel HD cameras can also be found.

Android 4.2.1 and the $149 price tag push it even further than the iPad Mini. If you’re in a market for Android tablets with displays of this variety, then this tablet is probably your only option.

Its younger sibling, the B1-720 comes with a lot more commonplace 7″ screen with 600 x 1024 resolution. Instead of Intel Atom, you’ll get a dual-core MediaTek processor under the hood, with 1 GB RAM, 16 GB expandable storage and 2 mp VGA camera at the front.

It is available for an even cheaper price tag of $130.

The post Acer Announces the World’s First Android Tablet With 4:3 Aspect Ratio for $149 appeared first on .