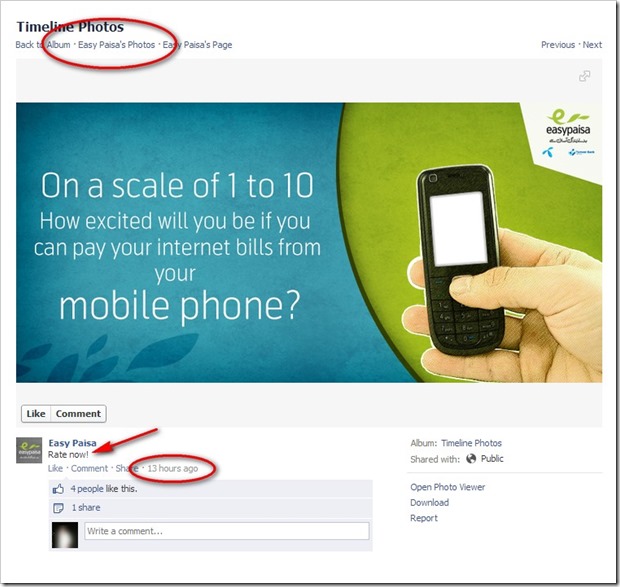 We captured above given screenshot from Facebook fan page of Telenor’s EasyPaisa. Screen shows an image uploaded by the Social Media team of Telenor, asking thousands of fans a question – which of course can be read easily in the screenshot produced here.

We captured this screen after more than 13 hours when image was initially uploaded.

We are just presenting the screenshot for our readers, without any commentary from our side, because they say: For brilliants, hint is more than enough.

And the hint is that Telenor’s EasyPaisa had 114,194 Fans till we last checked.

The post A Screen-Shot Speaks a Thousand Words! appeared first on .