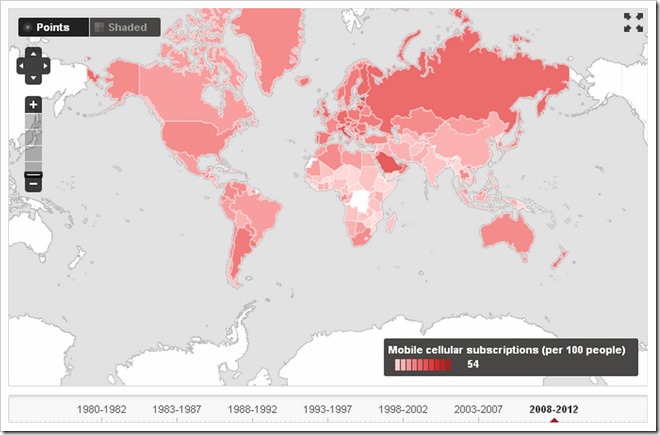 United Nations has given us some really interesting figures in its new Millennium Development Goals Report regarding the mobile phone and internet population of the world. According to them, the amount of phones in the world will be almost as much as humans by the end of this year.

This won’t be meaning that every person of the world will be having a phone, of course, as dozens of countries have more than one mobile phone subscription per person. Still, 89 percent of people in developing countries will be holding a phone in their hands. The entire figure will be a staggering 6.8 billion subscriptions overall, constituting for 96 percent of the entire population.

The figures still aren’t as rosy for the internet users yet. According to United Nations, the no. of people connected via web will reach 2.7 billion by the end of 2013 which will be about 39 percent of our population. Still, it must not be forgotten that having an internet is a much, much more complex a process than having a Nokia feature phone.

In Pakistan, the no. of phone subscriptions per hundred people is 68, which though not mesmerizing, is nonetheless better than countries like, say, Myanmar where it tops at 3. The countries topping this list are Macau and Hong Kong, with 243 and 215 respectively.

A thing to note, however, in Pakistan’s case is that the rate of increase in mobile subscriptions has slowed over the past 3 or 4 years which is rather alarming. Also, a lot of Pakistanis too own two or three phones at a time.

For internet usage, Pakistan has around 30 million users or around 16 percent of total population is connected with internet.